Tobes’ free school gets free publicity courtesy of the BBC

Yesterday evening I was watching BBC London News and couldn’t quite believe what I was watching. The West London Free School, Toby Young’s vanity project in Hammersmith, was given plenty of airtime in what amounted to nothing more than free publicity at the expense of the license payer.

Not only was the segment a bit of free publicity, it also contained some factual inaccuracies.  When the report was first aired at 1325, the reporter said that the school had support from various people but neglected to mention the council. This was put right after I tweeted the BBC to remind them that Hammersmith and Fulham Council supported the project. The reporter also claimed that Young had set up the school to “respond to the shortage of places in the borough [of Hammersmith & Fulham]”. Hon Tobes actually wanted to site his school in Acton in the neighbouring borough of Ealing. When he couldn’t find a suitable location, Tory-controlled Hammersmith and Fulham council duly obliged and gave notice to the 21 or so tenants of Palingswick House.

The West London Free School is being touted as the template for future free schools.  While schools like this will receive funding from central government,  I fear that those schools that are part of the state comprehensive system will see their funding dry up unless they adopt the government’s model.

It is a splendid building what is much better suited as a school rather than as office accommodation to voluntary organisation which is its use at present. Many of the groups do excellent work. For instance I was impressed  by a course the Afghan Council held Portcullis House last month teaching young Afghans about the workings of our Parliament – several of  them bravely plan to work in Afghanistan to use that knowledge to help develop their own Parliament. I am pictured helping the Afghan Ambassador hand out  their certificates.

Really? So why boot them out? He won’t say, instead he tells us that,

[…] alternative office accommodation for these organisations would be more cost effective. Selling the building helps us reduce our debt mountain and thus our interest bill – that leaves us with more money for the voluntary sector than we could otherwise afford.

Excuses, excuses. What the dissembling Phibbs failed to mention was the unsuitability of the new accommodation. He also neglected to mention that his wife/life partner was a councillor and used her influence to smooth the way for Hon Tobe’s school.

Here’s the link to BBC London News. The report is at 09.57. it’s only available for the next 7 hours.

It would appear that Hon Tobes’ ambitions don’t end with the West London Free School, he wants to start a chain of such schools. 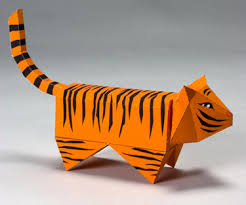 The Celtic Tiger is no more. To tell the truth it was all an illusion anyway.  A paper tiger. Thin. Flimsy. All appearance and no substance. Ireland’s Fianna Fàil-led government has gone cap-in-hand to the unelected bankers of the European Central Bank and the loan sharks of the International Monetary Fund. The free-market dream is over. Now the nightmare begins.

It was pretty much a given that should the government accept financial assistance from the EU and IMF, then the game would be up for them. Brian Cowen and Brian Lenihan are dead men walking. Their coalition partners, The Greens have plunged the knife between FF’s shoulder blades. It’s only a matter of time before they collapse and die from their wounds. The BBC reports that,

The Greens, the junior partner in the Irish Republic’s governing coalition, have called for a general election in January, following an EU-led economic bailout.

This article from the online version of The Sunday Business Post asks,

Does it begin with those suburban warriors, the former Progressive Democrats, the folk who told us that ‘you can’t buck the market’ and ‘we should leave things to the market’? (We did, and look what happened.) It was the Progressive Democrats who introduced us to a form of Darwinian capitalism, as though it were an immutable force of nature.

The Progressive Democrats were an avowedly neoliberal party that was formed from a split in FF ranks in 1985.  In the 2007 General Election, the party lost 6 of its 8 seats in the Dáil. The party was in coalition with  FF from 1997 to 2007. During that time it appears to have been largely responsible for the Celtic Tiger phenomenon. Tom McGurk explains,

They were our first capitalist hunter-gathers tempting our most primeval instincts and reassuring us that undisguised self-interest was perfectly natural.

Fianna Fáil didn’t take a lot of convincing, since economic policy was not something in which they had ever majored.

Nope, Fianna Fàil aren’t much bothered in such trivial matters as economics. They’re more concerned with how much money they can get for local vanity projects…as well as lining their own pockets. It’s all good political business don’t you know.

As I write this,  3 FF TD’s have called on Cowen to resign as leader.

Fianna Fáil TD for Cork North Central  Noel O’Flynn also called on Brian Cowen to resign both as Taoiseach and as party leader.

Mr Flynn, who recently threatened to resign the party whip if the budget contains proposals to reduce the old-age pension, said party members and supporters had been misled by the Government over the last week.

He also claimed Mr Cowen has “lost credibility” with people.

Somehow, I don’t think that is going to do anyone much good. An election in the New Year could result in a Fine Gael-led coalition but FG are almost as corrupt as FF. But not quite. FG have a petty dodgy past too. Ask a FG supporter about the Blueshirts and the chances are they’ll quickly change the subject.

Here’s a question. Could Labour become a senior partner in a future coalition government? There was an interesting discussion on Politics.ie. I’ll see if I can dig it out. By the way, has anyone spotted the irony of the sight of the heir to an Irish baronetcy tell us how Ireland “needs Britain’s help”?  I wonder where that help was between the years 1845 and 1852 when the country was under British control?  But Hon Gid is okay, he gets to inherit a wallpaper fortune.

Brian Cowen faces a no confidence motion. Sinn Féin has tabled the motion. But will the rest of the opposition vote in favour of a SF tabled motion?