Who Is Tom Harris?

This morning, the Today programme on Radio 4 told its listeners that Tom Harris, who they described as a “former minister in the Blair government” had announced that he was voting for the Tories in the General Election and urged others to do so. There’s a reason why Today chose to do this: to take the sting out of former Tory minister, David Gauke’s, harsh words and his intention to stand as an independent.

So who is Tom Harris? Harris was Labour MP for Glasgow Cathcart and then Glasgow South from 2001 to 2015. He served as a Parliamentary Private Secretary to a few government ministers but was never elevated to cabinet rank. He served as Shadow Environment Minister under Ed Miliband from 2010 to 2013 when he abruptly resigned, claiming that he “wanted to spend more time with his family” – a likely story. Around the same time, he began writing regular columns in the Daily Telegraph, replacing the extremely bitter hack, Dan Hodges, who had moved to the Daily Mail.

So, is Harris important? No. If you look at his Twitter feed, you’ll see that he retweets CapX, the website belonging to the Thatcherite think-tank, Centre for Policy Studies, as well as prominent Tories.

Here’s his tweet in which he claims to have “lived, ate and breathed Labour”.

For someone who was an MP, he doesn’t appear to have grasped the fact that we don’t directly elect Prime Ministers. Personally, I think Harris has always been Tory. In fact, he’s just as racist as the rest of the party to which he now pledges his support. Take this Telegraph article from 2013 in which he rails against immigration and spews forth hatred for Roma people.

It’s not bigoted to worry about filthy and vastly overcrowded living arrangements, organised aggressive begging and the ghetto-isation of local streets

On, but it is bigoted, Tom but you’re clearly in the right company now. 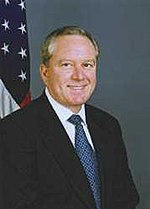 This morning, I sat dumbfounded as a I listened to Nick Robinson interview Otto Reich.  For those who are unfamiliar with his name, Reich is an anti-Castro Cuban and former US ambassador to Venezuela, but more about that later.  At no point during the interview did Robinson mention his role in destabilizing governments or harbouring and funding  state-sponsored terrorists like Orlando Bosch or Luis Posada Carilles.  Instead, listeners were left with the impression that Reich was just another anti-Castro Cuban railing against the ‘tyrannical rule’ of Fidel Castro.

“I’m very proud of what the United States has done in Latin America”, Reich told Robinson without a shred of shame.  From the funding of the Nicaraguan Contras to the 1976 shooting down  of Cubana de Aviación Flight 455, Reich was behind the scenes pulling the strings in his role in the Orwellian-sounding Office of Public Diplomacy. When George W Bush became US President in 2000, he rewarded Reich by appointing him as Under Secretary of State. He had previously worked for Bush’s father during his presidency.

This article written by Duncan Campbell, appeared in The Guardian in 2002 and is worth reading. For not only did Reich pull strings, his dirty fingerprints are all over some of the most violent acts in Latin America, including the 2009 Honduran coup d’etat that overthrew the democratically elected government.

According to Counterpunch, he “dedicated himself to the release of Orlando Bosch”, the man who is thought to be responsible for shooting down Flight 455.  Reich’s role in the Venezuelan coup in 2002 was to generate and disseminate anti-Chavez propaganda and disinformation.

On February 7, Colonel Pedro Soto, former aide to Carlos Andres Perez (president at the time of the 1992 coup led by Chavez), affirming that he represented “75% of the armed forces,” publicly attacked the Chavez government. (Invited by an international institute, a CIA client, Soto then visited Washington and Miami, where he was to be found on April 11, loudly celebrating the “return to democracy,” along with Cuban-American terrorist leaders).

Thus a rapidly and steadily more brazen deception campaign was mounted, rapidly joined by the Venezuelan private press, which ended up running a grossly hostile campaign against the government. El Universal daily and Radio Caracas Television, Globovision and Venevision TV networks were already actively preparing the media-military coup, channeling information and systematically harassing the constitutional government and the head of state.

During the coup, the same disinformation gang cut off the broadcast the president’s speech to the people and repeated lie after lie, unleashing violent incidents that would subsequently serve to justify the subversive operation. Meanwhile, the representatives of the new “order” were destroying state television program material.

Then the communications junta shamelessly spread the false information that Chavez had resigned, silenced all public pronouncements by members of the government, and the played up declarations in favor of the criminal coup. One of these was made by Ambassador Shapiro, who affirmed that April 11 was an extraordinary day in the history of Venezuela.

In the morning of Saturday, April 13, speaking before more than 30,000 people at rally in the municipality of Guira de Melena, Habana province, in the presence of President Fidel Castro, Bruno Rodriguez, Cuban ambassador to the United Nations, clearly denounced the media disinformation campaign in Venezuela. “The truth is that a coup d’etat has taken place in Venezuela and that a sellout and . junta is usurping, by means of force, the power invested in President Chavez by the Venezuelan people, with hopes of erasing decades of injustice and corruption by applying Bolivar’s ideals.”

Other lies followed the one alleging Chavez’s resignation, including the assertion that Chavez had sought asylum in Cuba, which was rapidly refuted by Havana.

Indeed, the media complicity with the coup organizers was so strong that when the latter attempted to take the imprisoned president out of the country to the United States, it was planned to transport him aboard a private plane registered in the United States in the name of Gustavo Cisneros, the owner of the Venevision TV network.

Meanwhile, CNN en Espanol linked up with Globovision to finally announce the taking of Miraflores Palace by the people and the presidential guard of honor… five hours after it happened.

Lies, deception, violence, terror: everything smacks of Otto Reich in this failed coup. Even that hysterical rabble of Cuban-Venezuelan emigres that surrounded the Cuban embassy in Caracas for a number of hours, destroying cars and threatening to enter by force – before fleeing when the Bolivarian leader’s return was announced.

Since the death of Fidel Castro, the British mass media has been circling around Cuba like vultures and offering highly-slanted reportage on the 9 days of mourning. The not so hidden discourse of the media expresses the hope that the US will  force the Cuban people to accept American-style freedom. Let’s hope that never happens.