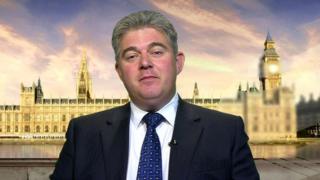 Brandon Lewis. He don’t ‘alf like a good old smear.

Social media may have its problems but there’s one thing about it that cannot be denied: it has effectively democratized the production and dissemination of information. Until fairly recently, the production of information was tightly controlled by what is often laughingly referred to as the ‘free press’ or ‘free media’, which is mostly controlled and owned by Conservative-supporting proprietors. Cast your minds back to the General Election of 1992 and The S*n’s disgraceful front pages. Cast your minds back to 1996 when Tony Blair, then merely the leader of the Labour Party, had to get on his hands and knees and beg for Rupert Murdoch’s support. I don’t want a return to those days, but the Tories clearly do, and there’s a reason why they complain so bitterly about social media and whine about non-existent online abuse: they resent the fact that people can make their own judgements based on information that wouldn’t have been available to them 10 or 20 years ago. The Tories are also incapable of matching the social media campaigns of groups like Momentum and, by way of reply, end up producing the most laughable efforts, like Activate. 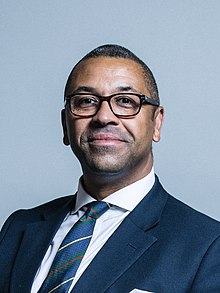 Smear at will, chaps! That ought to convince the voters that we’re the natural party of government!

Last week, Theresa May reshuffled her cabinet and brought in Brandon Lewis, the MP for Great Yarmouth, as chairman of the Conservative Party. His deputy is James (Not So) Cleverly, the MP for Braintree (there’s a joke in there), whose Twitter feed is full to bursting with smears and lies. When I heard about Lewis’s appointment, this is what I tweeted.

I see Brandon Lewis is now Tory Party chairman and James (Not so) Cleverly is deputy. Both of them have been handy with the smears, so it comes as no surprise. The role of chairman is, essentially, to orchestrate smear campaigns. #cabinetreshuffle

The role of the Tory Party chairman, as far as I can see it, is to co-ordinate smear attacks on their enemies. This is how it’s been since the 1920s, when national newspapers like the Daily Mail,  a ‘newspaper’ friendly to the interests of the Tories, could publish forgeries like the Zinoviev Letter to affect the outcome of a general election and, at the same time, undermine the democratic process safe in the knowledge that it enjoyed high level protection.

Wil @jeremycorbyn call out the lack of respect online? The Rot is at the top of labour & they need to stand up & take responsibility. https://t.co/MSi3Z0kw71

My response was brief and to the point.

You're projecting and it's not a good look. #bullies

Will @jeremycorbyn condemn the abuse which comes from the top to the bottom of his party and agree to instigate a respect pledge which includes suspending abusive members? #Peston

When Angela Rayner told her Twitter followers how she dealt with online abuse, Lewis saw this as an opportunity to make  dishonest political capital and smear the Labour frontbench at the same time.

Then why won’t your Leader agree to a Respect Pledge? @Conservatives candidates will all have to sign up. Rot is at the top of Labour with their actions (& lack of) on this issue. https://t.co/DPMwdDjGfN

Tim Ireland of Bloggerheads was having none of it and reminded Lewis that his “Respect Pledge” was little more than a gimmick.

Your party again refuses to disclose what Code of Conduct applied to (some) members before the 'voluntary' Code introduced in 2014. Your Party continues to protect MPs who covered up multiple smears of child rape. https://t.co/StsteVIYN1

This whole campaign is a con. pic.twitter.com/Cmv0xGRnar

That reminds me, what happened to the 40 or so Tory MPs that were recently outed as sex pests and worse? It’s all gone rather quiet.

.@JamesCleverly in today's @Daily_Express says that we must "all unite around the notion of abiding by each other's democratic right to be heard and voice our opinion, without abuse" pic.twitter.com/tQ0lXS0Y2N

Here it is from the horse’s mouth so to speak.

We insist that our candidates don’t engage in abuse, if they do they will be suspended. I hope that the Labour Party makes a similar commitment. pic.twitter.com/9zrWkNNF6J

Cleverly has very little room to complain about abuse, yet here he is assuming the moral high ground. When all else fails, pretend your shit doesn’t stink and smear it all over your opponents.

The Tories have been very fond of claiming that Labour and by extension, the Left, has been singularly responsible for online abuse. But this is a topsy-turvy version of reality, because it’s been demonstrated that the abuse comes mainly from the Right and is directed at Labour MPs like Emma Dent Coad, Laura Pidcock and Diane Abbott. The New Statesman tracked 25, 688 abusive tweets and noted that most of them were directed at Diane Abbott.  Tory MPs, by contrast, have been challenged on their lies, which they then wilfully misinterpret as “online abuse”. There’s a reason for this: social media has, for the first time, allowed many people to not only engage with their MPs, but to openly challenge the lies and misinformation produced by Tory MPs and the propagandists at CCHQ. This is anathema to Tories, who may talk a good talk about freedom and democracy, but work tirelessly to stifle those things.

I didn’t see Brandon Lewis on the Andrew Marr Show yesterday morning but I suspect that Marr didn’t once challenge or refute any of his accusations or smears. However, the Marr Show helpfully tweeted this, and what I’ve noticed from this clip is how Lewis, rather than face up to the fact that his party is now, most likely, the third largest party in Britain, smears his way out of an uncomfortable moment. But that’s not all: watch how he squirms when it’s revealed to viewers that the abolition of credit card charges, announced on Saturday, was a European Union directive, and not down to the government, as their Twitter meme mendaciously suggests.

.@BrandonLewis says the Conservatives are building on their online presence "in a respectful way"

"What we've seen in the Labour Party is the online media being abused and people being abused on it. That is not acceptable" #marr pic.twitter.com/AEYk390Lfu

What Lewis is really saying is “We’re are crap at social media and it’s not fair that Labour is better than us”. The logic behind this is that the Tories think that being good at social media means being abusive and making baseless allegations, but this is an obvious psychological projection.

One smear that’s been doing the tours of the radio and television studios is the claim that Labour’s shadow chancellor, John McDonnell, told an audience that he wanted to “lynch” Esther McVey. McDonnell actually quoted what someone else had said and yet, the Tories, being Tories, attributed the words to him directly. Worse perhaps, the BBC always fails to challenge Tory MPs who reproduce these lies live on air, as Sarah Smith did when the lie was repeated to her by Immigration Minister, Caroline Noakes, on The Sunday Politics. She apologized towards the end of the show.

The Tories are comfortable with racists. That’s not a smear; that’s the truth. For when Boris Johnson makes another racist joke or calls black children “piccaninnies”, nothing happens.  It’s waved away. For example, when Scottish Tory councillors spouted sectarian and racist remarks, Ruth Davidson gave them a quick slap on the wrists and welcomed them back a few weeks later. The official media, for its part, said little if anything at all. Yet, the Tories and their pals on Fleet Street and elsewhere will seize on any opportunity to paint Labour as a uniquely anti-Semitic party, and when their own members are guilty of real anti-Semitism, what happens? Absolutely nothing. Not even the official media are interested.

When Toby Young was appointed to the board of the Office for Students, a quango set up by Bozza’s half-witted and less charismatic sibling, Jo Johnson, people took to social media in their droves to point out Young’s lack of suitability. Central to these claims were Young’s 40,000 or so tweets, many of which expressed crude sexism and homophobia, one even suggested anal rape. But that wasn’t the least of it, his advocacy for what he calls “progressive eugenics” (a bizarre and contradictory construction if ever there was one) was also cited as grounds for his unsuitability. Young was forced to stand down. Predictably, the Tories started complaining about “online lynching” and “trial by Twitter”. Not one of them mentioned eugenics or the important fact that it’s a long discredited pseudo-science, which was central to Hitler’s Final Solution. In their silence, they’ve clearly revealed themselves, not only to be Social Darwinists, but tacit supporters of eugenics.

Thanks to social media many of us are better informed than we once were.  Yes, there is online abuse but most of it comes from the Right and not the Left.  But ordinary citizens are now able to call out politicians on their lies and distortions, so when the Tories claimed they had abolished credit card charges all by themselves, they were immediately met by a barrage of corrections. The Tories hate that. For them, it’s tantamount to abuse and for people that declare themselves tough and in control, they betray themselves as rather thin-skinned and lacking in control. Worse still, the Tories are a party bereft of ideas and haemorrhaging members, and they see smears, lies and abuse as substitutes.

To borrow from the villain’s stock line at the end of an episode of Scooby Doo, Where Are You? “We would have gotten away with it, if it hadn’t been for you pesky kids and your social media”.