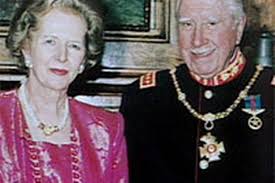 H&F Council, the riots and the knee jerk call for council house evictions

The Tories have made their feelings clear about council housing. It’s a “benefit” and it’s “subsidized” or “it should only be for the poor”. In the wake of the recent riots, the Tories have all been screaming for council tenants arrested for rioting or looting to be evicted from their homes – even if the tenancy holder was not involved.

Tory-controlled Hammersmith & Fulham is no different. Following the lead of Wandsworth Council, it also declared that anyone arrested for looting could face eviction.  On its website, the Council says,

Hammersmith & Fulham (H&F) Council has said it will seek to evict any council tenant who is proved guilty of being involved in criminal acts following the riots in London.

H&F Council’s Cabinet Member for Housing, Cllr Andrew Johnson, has joined colleagues in condemning the images of destruction and looting from across the capital and vowed that any H&F tenant that is found to be involved will be ‘robustly pursued’.

But my local MP, Andy Slaughter has opposed these proposals. As far as I know he is the only member of the shadow cabinet to take this line. Writing for Shepherds Bush blog he says,

This is Government by PR and gimmickry. Poor at any time, positively dangerous at present.

Iain Duncan Smith is on the lookout for evil people who, bereft of moral values, are hiding in dark corners of society. I doubt he will find any but it is an excuse to evict families from secure homes and to deduct benefits from poor families. How punishing a household for the actions of an individual is either equitable or rational, I don’t know, but it has been repeated by politicians seeking soundbites and at a loss for real answers from Nick Clegg to Tory councillors in H&F.

Promising to evict families from council homes if a member of the family is convicted of an offence implies council tenants are more prone to criminal behaviour and that they should have a greater punishment than others committing similar crimes. Of course, the Council has no power to evict in most cases, that is a matter for the courts and this is gesture politics, but if families are evicted and on the streets how is that going to aid social cohesion?

Making people homeless and taking away their benefits will only make things worse. These people will be forced into crime. But that doesn’t matter to the Tories who only want knee-jerk solutions.  I’m only surprised that the more barmy of the Tory backbenchers didn’t call for the re-introduction of transportation to the colonies.  But there aren’t many of colonies left (they’re referred to as British Overseas Territories). I do suspect that they will call for more private prisons to be built and all of those prisons will be built by companies that donate money to the party.

The H&F Tories responded in the usual fashion on its website by claiming to be part of a consensus,

His views are at odds with most voters, including most Labour supporters, as well as several Labour councils including Barking and Dagenham, Brent, Greenwich, Manchester, Nottingham, Salford, Southwark and Waltham Forest.

Are they? How many voters have H&F Tories actually spoken to? They don’t say. Here they repeat a by now familiar lie,

His stance offers little hope for decent Council tenants who want to see neighbours from hell removed. Also what sort of position would that leave the thousands of law abiding families who are on the waiting list for a Council home while stuck in overcrowded conditions? They would see the rioters allowed get away with retaining the privilege of subsidised, secure, Council housing.

But council housing is not subsidized. Notice how they throw in the word “privilege” too. This goes with the narrative of council housing as housing for the ‘deserving’ poor.  This article appeared in the London Review of Books. It says,

Labelling council housing as ‘subsidised’ is part of a wider ideological attack in which it is being redefined as welfare housing, from which people who can afford to should be quickly moved on.

This phrase “welfare housing” first appeared in a Localis report written by H&F Council leader, Stephen Greenhalgh and chartered surveyor, John Moss. It’ s deliberately misleading and misrepresents the nature of council housing. These attacks on council housing and the people who live in such properties is nothing short of ideological. The class disgust expressed by these Tories is barely concealed and couched in the matter-of-fact language of business.

The only time council housing has been subsidized was during the Right to Buy rush when the properties were deliberately sold at discounted rates to encourage people to buy them.

Perhaps the authoritarians who run my local council would like to read this report.

But I know that they won’t; Tories hate things like facts and evidence. All you need to do is look at some of the ‘research’ done by Policy Exchange and Localis to see that what I’m saying is true.

Yesterday, I heard a lot of people calling for the army to be deployed on the streets of London. Some have even demanded that looters (and others) be shot on sight. Such calls are made without a single thought for the consequences and the implications of troop deployment.

In essence, it is the duty of the army to protect citizens from an outside invader. It is not their job to act as police. In countries, like Syria or Bahrain, where the army is routinely used as a an ersatz arm of law enforcement, innocent bystanders are killed and the governments in those countries rule with an iron fist. Civil liberties are curbed or suspended altogether and curfews are imposed. Anyone who disobeys a curfew is shot on sight. Is this what we want? Not even the French government orders the army onto the streets. It has the Compagnies de Républicaines de Sécurité or CRS to deal with serious cases of civil unrest. Anyone who knows the CRS will tell you, they are not to be messed with. However the CRS has come in for a great deal of criticism for their indiscriminate use of force. They have also been accused of institutionalized racism. In addition to the CRS, the French state can call upon the services of the Gendermerie Mobile. Do we want this sort of thing on our streets?

The other issue is that those who have called for the army to be deployed on British streets ignore the fact that the army is currently engaged in Afghanistan, fighting a war with no end. But would troops fire on their own citizens? Those of us who lived through the years of the so-called ‘Troubles’ will know that the army, by and large, saw the Catholics of Northern Ireland, not as citizens, but as enemies. The deployment of troops was initially greeted with relief and even joy. Within a couple of years, that had changed and the army was seen for what it was: an repressive arm of the state. Bloody Sunday on 30 January 1972, saw 26 unarmed civilians and bystanders killed by the trigger-happy soldiers of 1 Para. Is this what those who call for the army to be deployed on our streets want?

There is another dimension to this, those who demand the army be sent on out on the streets are effectively demanding their own oppression. They may as well demand that their civil rights be suspended and internment without trial be introduced. How can soldiers tell who is a looter and who is not? Is there a code?

In 1911 Winston Churchill sent troops to Tonypandy. Striking miners were shot and killed. In the same year, troops appeared on the streets of Liverpool during the transport strike. Innocent bystanders were shot dead.

Those who demand that the army be called in are like turkeys voting for Christmas.