The competition for Telegraph Comment of the Week has been fierce with as many as four contenders. These right-wingers really know how to produce the laughs.

This comment from “Spirit_of_Godfrey_of_Bouillon” is the best of the bunch. Hat tip Suusi M-B for this one, which was found on this Telegraph article by Iain Martin.

In case you were wondering, “Godfrey of Bouillon” was one of the Frankish leaders of the disastrous First Crusade. It is highly likely that “Godfrey of Bullshit”, as I prefer to call him, is a nutty nationalist and an idiot Islamophobe.

What I find amusing about this comment, apart from its glaring medical inaccuracy, is its tick box list of right-wing pet hates.

Godfrey of Bullshit, you’re a winner! 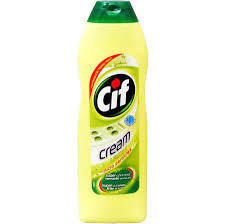 No, not that Cif!

I originally wrote this blog last August in the aftermath of the worst rioting this country has seen in a generation. I discovered CiF Watch while trawling the net for some information about a Guardian article that I’d read about the first night of rioting in Tottenham.

All, if not most, right-wing self-appointed moral guardians (excuse the pun) and  media ‘watchdogs’ imagine slights where there are none. A good case in point is a site that calls itself “CiF Watch”, which claims that it is,

dedicated to monitoring antisemitism and combating the assault on Israel’s legitimacy in the Guardian newspaper’s ‘Comment is Free’ blog.

I’ve seen plenty of anti-Semitic comments on the Telegraph blogs. I wonder if they’ve seen them too? Probably. But they’re not interested in the Torygraph because they’re on the same side… ostensibly. CiF Watch is a virtual [right wing] vigilante group that patrols the Internet looking for people to misrepresent or rough up… whichever takes their fancy.

In this particular blog, they single out an article by Paul Lewis, who described the scene in Tottenham and who debunked the myth that it was just black kids on the street. I’ve noticed that he’s amended the article (which does not appear in Comment is Free), perhaps under pressure from CiF Watch. It’s likely that they got upset by the suggestion that some Chasidim (as well as many blacks, Turks, Asians and so forth) were onlookers (they would do well to look that word up in the dictionary) and they think that by saying such a thing automatically makes Lewis ‘anti-Semitic’. We’re dealing with a school-kid analysis here, dear readers. I daresay the Chasidim who live in Tottenham and Stamford Hill know the local issues a damned sight better than the bourgeois smear artists of CiF Watch. It’s their “manor”, to use a common Londonism.

CiF Watch deny that they are trying to shut down debate but as this passage tells us, they’re not telling the truth,

By labelling something antisemitic are you not shutting down debate on what is perhaps a legitimate subject of debate?

Absolutely not. We support vigorous and open debate about Jewish related issues, including issues of controversy, as long as such debate does not violate the EUMC Working Definition of Antisemitism.

The last paragraph is the kicker. In other words, there will be no discussion of Israel unless it is to give unequivocal praise.

CiF Watch has linked to my blog. This commenter called “yvetta bagel” says,

Some creep makes the most of this, repeating the Guardian crap to score cheap points against Melanie Phillips: https://buddyhell.wordpress.com/2011/08/08/the-tottenham-riots-the-racists-of-fleet-street-and-their-friends/

Such was her haste to rush and label me a “creep” that “yvetta bagel” failed to spot the update. No matter. At any rate, Morality Mel  makes some pretty nasty remarks that I often find to be  borderline racist.  Not just borderline racist but anti-gay too. But these people aren’t capable of reason or ,heaven forfend, understanding and tolerance. Nor do other ethnic groups matter much to them, such is their deeply ingrained sense of ethno-supremacy. They’d rather make an ideologically-weighted extrapolation from a decontextualized word or phrase.  Why? Because it’s easy. It’s the lazy way do do things. It makes you look morally superior to your enemies but, in the end it’s no better than self-congratulation.

These people aren’t too concerned with exposing anti-Semitism either, they’re more interested in closing down any discourse that runs counter to a pro-Zionist position. It’s a position that would make a Manichean green with envy: for in their minds, and in spite of what they say, anti-Zionism always equals anti-Semitism. It’s an easy a leap to make. You can read how they define anti-Semitism here but this passage is key.

Denying the Jewish people their right to self-determination, e.g., by claiming that the existence of a State of Israel is a racist endeavor.

The rest is fair enough and I would suggest that it was done to render their mission appealing to outside eyes.   CiF Watch, being right wing (they would deny it), no doubt regards Palestinian people as dreck. They won’t say it in so many words, but they’ll no doubt claim that there is no such thing as a Palestinian. Nowhere Towers has heard this before. It’s a way to further dehumanize an already dehumanized people. What could be more dehumanizing than to declare that an entire people are quite literally no more? For CiF Watch, history is viewed rather selectively.

Funny how they failed to see this blog. Isn’t it?

The racist Pamela Geller of Atlas Shrugs applauds them,

Bless these folks for documenting the vile Jew hatred that The Guardian happily hosts. That “publication” is a sewer for the worst kind of incitement to violence.

Well, cyber warriors have documented it all. And will do it daily. Evil unmasked! We love that.

“Evil unmasked”, Geller shouts. Evil. It’s such a value-loaded word. It’s so easy to use. Handy stuff for those who aren’t great at making real arguments. It’s the speech of demagogues. Oh yeah and if you’re reading this, CiF Watch, I called Geller a “racist”.

Here’s a broken link to the site.

You will understand that I don’t want this blog to be  infested with a  load of  racist knuckledraggers and swivel-eyed conspiraloons, the latter of which are often deeply anti-Semitic. Be careful of the company you keep, eh?

Many of the other blogs on CiF Watch are completely unrelated to their stated mission. Take this blog, for example. It seems to me that this blog alone indicates support for this Tory-led government’s policies. Are they on close terms with the Conservative Friends of Israel? More than likely.

Powerbase has a stub on CiF Watch. I reckon further investigation is likely to reveal that CiF Watch is closely connected to a host of other right-wing groups – many of which are on the other side of the Atlantic. Groups like blacklisters Campus Watch, for example, and other self-styled ‘grassroots’ movements.

You can imagine how our chums feel about  Neturei Karta.  Uh huh.