Kennite is back from his break.  He must have exhausted himself so much that his bosses made him take a holiday. As you will recall, Kennite wrote at least two anti-Livingstone blogs a day. Even his Number One fan, the similarly obsessed  “imrankhan” is back, chipping in with his extra long comments (there’s one that comes to 701 words) in which he repeats the same tired old clichés and libellous drivel about Ken Livingstone, Tower Hamlets, trots, postal vote fraud (a favourite of the right) and so forth as he’s done before.

Yesterday’s blog follows from the news that the New Statesman’s Mehdi Hasan is to take up a position with Huffington Post as their political editor. Naturally, Kennite is beside himself with a mixture of bitterness and bitchiness. The blog, titled, “Mehdi Hasan: liar leaves job” is nothing less than a window into the mind of a deeply embittered man. “imran” thinks he knows why Hasan has left the New Statesman but, like his idol, he’s just being bitchy.

Desperate to impress his readership of extreme nationalists, racists and those who continue to pine for the demise of Empire (We should never have left Injah!), he writes,

Mehdi is an effective polemicist, increasingly beloved of BBC discussion programmes – but the job needed more reporting scruples than he possessed, and his temper sometimes get the better of him. My own experience with this came in November 2010. I’d done something to annoy Mehdi – not that hard – so he accused me (in his New Statesman blog) of a long list of crimes including working for the Iranian state-funded broadcaster, Press TV. “Sources at Press TV tell me Gilligan is among the highest-paid, if not the highest-paid, employee at the channel,” wrote Mehdi, asking: “So, Andrew, when will you quit your lucrative job at Press TV?”

Gilligan is trying to claim or, rather, feign innocence.  He adds,

I did present a fortnightly discussion show on Press TV, in which the policies of the Iranian government were often debated and challenged. But I stopped in December 2009. I have not worked for Press TV since, with the exception of two one-off shows in the week of the general election in May 2010, almost six months before Mehdi’s “sources” told him I was its highest paid employee.

As I pointed out in a previous blog, Kennite left Press TV, then he was back in. Who’s to say that he won’t work for Press TV again in the future? It’s all money after all and he showed no scruples when he joined the channel the first time. If he went back so soon after leaving, then surely there is the possibility that he could return.

It seems to us at Nowhere Towers that Kennite is desperate for a story and it shows. He’s also still grinding an axe for his former employer whom he has never forgiven. Hell hath no fury like a Gilligan scorned!

Have I had a visit from Kennite?

It seems that I have. “Geordie Mark”, who left comments on my About page, may be another sockpuppet of Andrew Gilligan. At first I wasn’t willing to entertain the idea that Gilligoon had sockpuppeted/trolled me. It seemed a little paranoid. But opening a comment with “I had a tip from a friend of mine” is rather telling. But the fact that “Geordie Mark” chose to mention Gilligan was probably the biggest clue of all. The fact that he mentioned Yasser Arafat and Margaret Thatcher in the same sentence also makes it highly likely.  I suspect it was my leaving a comment on Adam Bienkov’s blog that alerted Gilly to my presence. “Geordie Mark” appeared on the same day that I left a comment on Adam’s blog. Coincidence? Unlikely.

Old habits die hard and Gilly is a creature of habit.

For your enjoyment, here’s another video of Gilligan in action on Press TV

This just a quick one. Gilligan’s latest blog is a part rehashing of his previous blog.  You know, Ken worked for Press TV (Gilligan avoids the fact that he worked for them too), Ken’s an Islamist sympathizer, that sort of thing. To this mix, he adds a little Lutfur to spice things up and voila! Another classic concoction! He even manages to drag Barbara Windsor, Shappi Khorsandi and Esther Rantzen into it. He goes into smear overdrive at the end of the blog with this cracker,

PS A fascinating insight into Livingstone fans’ sensitivities over the extremist issue was provided the other day in a piece by Adam Bienkov, one of Ken’s online groupies, who glosses the great man’s activities in this area as “support for Islam.” It’s not Ken’s “support for Islam” that anyone serious objects to, is it? It’s his support for a particular kind of Islam.

Adam Bienkov is a “Ken  groupie”? That’s news to me.  In fact, anyone who criticizes Gilligoon’s journalism is subjected to the usual lazy, binarist smears, “If you don’t like Boris, you must be one of them” is the idea. But what is this “particular kind of Islam” that he speaks of? In Gilly’s eyes, all Islam is bad. If you don’t believe me, just have a look at his blogs over the course of last year. Gilligoon makes no distinctions at all. In fact, no one could accuse Gilly of being an online Boris groupie…could they?

One of the commenters, “paulo anonymous”, heaps praise on him

Mr. Gilligan continues to excel as this paper’s ONLY true investigative journalist.

Paulo clearly hasn’t read a great deal of investigative journalism. I suspect paulo is a sock-puppet. To be honest, I wouldn’t trust Gilligan to write a story about a village fete.  Who knows how he’d spin that?

Check out this site, it’s run by Boris groupies with material supplied by yours truly.

You can watch a video of Gilly interviewing his nemesis on Press TV. It was broadcast on 5 May 2010

Life On Gilligan’s Island (Part 25) or Stones and Glasshouses

Not long after I posted my last blog, this one appeared from Gilly.

One Labour-supporting blogger – who knows a thing or two about propaganda – has deployed the killer argument that the great man’s decision is less bad because… err… I work for Press TV.

There are, alas, some problems with this line of reasoning:

1. I am not a candidate for public office.

2. This may be the first time in history that one of Ken Livingstone’s groupies has cited me as a moral arbiter.

3. I do not work for Press TV. I gave up (apart from two one-off shows last May)  thirteen months ago – not all that long, indeed, after Ken started.  It began as a perfectly reasonable operation – and to the end, my show was always allowed to host anti-regime voices – but the channel as a whole increasingly became a government mouthpiece. Not that this has cut any ice with Ken…

Let’s take it from the top: the blogger that Gilly refers to is Adam Bienkov. Beinkov is not a Labour supporter but in Gilly’s binary world, anyone who doesn’t declare themselves as a Tory supporter is automatically assumed to be a Labour supporter. Oh, if only life were as simple and as straightforward as Gilly paints it.

Then he resorts to the classic defence of “I am not a candidate for public office”. No, you aren’t but you worked for a channel that is owned by the Iranian state; an Islamic fundamentalist state, while – at the same time – attacking Muslims, most of whom you describe as “extremists”. In fact, anyone who shows the slightest degree of tolerance or compassion towards Muslims is, in the eyes of Gilly, guilty of being “linked to Muslim extremists”. This is the typical ploy of the yellow journalist and the propagandist: smear your opponent.

Unlike me, Ken refuses to give up his show.

Er, which is why you left, then went back and did “a couple of shows”? How about a little honesty?

I think Ken has a shown a degree of naiveté by working for Press TV. But then, Gilligan is in no position to chuck stones when he’s living in a glass house.

Press TV, the BBC and the selective reporting of the facts

Yesterday, BBC London News ran with a story about Ken Livingstone working for Iranian-backed Press TV. As I have previously reported in this blog, Ken is not the only British politician or journalist to have worked for Press TV. Andrew Gilligan worked for them as recently as May 2010 and Nick Ferrari also once worked for them. Derek Conway, the former disgraced Tory MP is currently employed by Press TV. Here he is presenting Epilogue, a book review programme.

Today, the Hon Tobes screams “Ken Livingstone takes shilling of Holocaust denier”. I think Young needs to check his facts and do some proper research before trying to make political capital out of this. But then Young isn’t much bothered by such things as facts. I also think the BBC has been utterly irresponsible for airing this report without telling us who else works for Press TV.

I really hope Ken wins the mayoral elections just to wind up Hon Tobes. Of course that won’t stop Andrew Gilligan churning out smear stories and sexing things up.

Of course those who defend the BBC’s and Young’s selective argument, will claim that “well, is Conway or Gilligan seeking to become London mayor” -which actually isn’t the issue. Gilligan uses his position as a Telegraph journalist to attack Muslims and smear Livingstone. That, my friends, is gold-plated, 24 carat hypocrisy.

You can watch the BBC London report here in BBC iPlayer.  Notice how Greg Hands, the MP for Chelsea and Fulham uses the opportunity to make political capital.  He didn’t bother to check his facts either. 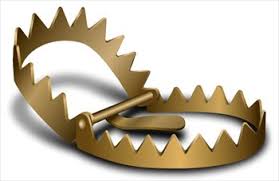 It had to happen. A war of words has broken out between Gilligan and Mehdi Hasan. Kennite accuses Hasan of “making up a quote”.  The whole case rests on the fact that Hasan has used the present tense rather than the past tense. As I’ve reported in a previous blog, Gilligan used to work for Iranian state-owned news channel Press TV.  It  seems that our Gilly is a wee bit rattled.

I did present a regular discussion show on the station, in which Islamism, and the policies of the Iranian government, were often debated and challenged. But I stopped last December, in part for precisely the reason Mr Hasan says…

So he quit Press TV because he says “taking the Iranian shilling was inconsistent with my opposition to Islamism“.  To which he adds, “I have not worked for Press TV since.”. Oh? Then he says, “The only exception is two one-off shows I presented for them in the week of the general election in May, more than six months ago”. Hang on, either he worked for Press TV after he quit or he didn’t. Which one is it?  Will he work for Press TV again? Who knows?  Some consistency would be nice.

Mr Hasan also includes a number of other claims – that I am a “propagandist” for instance – which are untrue and for which I have successfully taken legal action against one of my other critics.

I have to say – and this is based purely on the evidence of his blogs for the Telegraph – that I agree with Mr Hasan.  Hmmm, so he’s ” successfully taken legal action against one of his critics”. Well, bully for you. I’ve seen decent investigative journalism and your stuff is sloppy.

On this occasion it is entirely possible that poor old Kennite has walked into a dirty great big bear trap. Watch this space!

Here’s a video of Gilligan in action. He’s interviewing his nemesis,  Ken Livingstone.

Gilligan has a history of hypocrisy, so it comes as no surprise to us here at Nowhere Towers that he has been playing footsie with the mullahs of Iran. I understand that right-wing mouthpiece Nick Ferrari also once worked for Press TV. Whores, the pair of them!