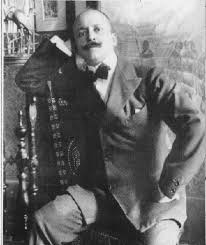 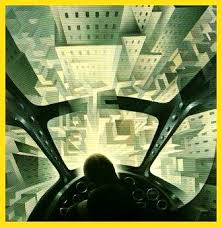 War and mechanized death. The futurists couldn’t get enough of it.

Over the last few of months I have noticed a couple of Torygraph journalists making some very odd assertions. The claim being made is that “Lefties” apparently use the word “hate” when they mean” to disagree with” or so says Desperate Dan. He has used some of his blogs to wag his finger at what he sees as ‘hateful’ lefties. This one from October 26 is titled “Memo to my Leftie friends: you’d feel better if you didn’t hate so much”.   Then there’s this one from Oct 3 titled “Where would lefties be without hatred”? The factually-challenged James Delingpole also gets in on the act with this recent echo of Hannan’s twisted logic here. Like the kid who hangs around with the playground bully, Delingtroll is only there to sneer and to egg his pal on. He doesn’t claim to have influenced government policy…yet.

About these blogs. First, I seriously doubt that Hannan knows any real left-wingers, though it is entirely possible that he’s being sarcastic. Although recently he told his fans that Irish Socialist Party MEP and leader, Joe Higgins,  is “his favourite MEP”,  but he bemoans the fact that Higgins refused to shake his hand because in Hannan’s words, he (Hannan) is “a neoliberal”.  Stunning!  Second, the title presupposes that right-wingers don’t hate anything at all. We know that this isn’t true: they hate trade unions going on strike and they hate public bodies (quangos) like the Equality and Human Rights Commission. It’s that word “equality”, it sort of irritates them; gets them in a lather…they get in a right strop over it. And the spittle! They’ll shower you with it.

What Hannan and his wingman seek to do is to position themselves as morally superior to anyone that does not share their ideology. Their use of the word “hateful” is designed to cheaply smear their opponents and, at the same time, control discourse.  But in adopting this position of moral superiority, they are inadvertently claiming to have no emotions at all.  Presumably if they never hate anything, they are also incapable of love, empathy and compassion. But, as we already know, Randists are only concerned in themselves. Empathy sucks and as for altruism,  just don’t go there.

I first encountered this ideologically colonized form of the word “hate” eight years ago on American political fora like The Bully Pulpit on Delphi Forums where posters would routinely accuse anyone who criticized or mocked Bush of being “hateful”. This is really a form of political correctness, though your average right winger wouldn’t admit to it. The truth of the matter is that the Right have their own forms of political correctness: consider the reaction of the Right  to the defacement of Winston “Lively Terror” Churchill’s statue. The outrage was visceral: it was almost as if they felt their own bodies had been violated; the nation raped before their eyes.  Nationalist sensibilities are always politically correct.

To be honest, I think these two wannabe shock-jocks spend too much time hanging  around American right-wingers. Delingpole has appeared on the notorious Alex Jones’s radio show. For those of you who are unfamiliar with his work, Jones is a loud-mouthed conspiracy theorist and all-round paranoiac who has set himself up as a “9/11 Truther”. Here he is talking about his favourite subject: those horrid environmentalists.

I normally ignore Delingpole. He’s like the long-lost love child of Ann Coulter and Rush Limbaugh.  He’s a well-paid professional gobshite.  His use of the word “liberal” as a pejorative comes from directly from American right-wing commentators. The problem for Delingtroll is that this use of the word liberal is unlikely to catch on here in Britain – no matter how much he repeats it.

Delingpole apparently describes himself as a “Conservative libertarian”. He is apparently rather fond of wars too. Historically, there have been plenty of historical figures who have relished the whole meat-mincing madness of mechanized death.  They get moist just thinking about it. The last self-described libertarians to glorify and worship war were the Italian futurists…most of whom were killed or badly maimed by the very war they fetishized.  Here’s an snippet from their manifesto,

9. We want to glorify war — the only cure for the world — militarism, patriotism, the destructive gesture of the anarchists, the beautiful ideas which kill, and contempt for woman.

They were nutters;  dangerous nutters who allied themselves with Mussolini’s fascists (Hayek didn’t see that one). You can read the rest of their manifesto here.

I think Delingtroll should lend a hand to the troops in Helmand  – we’d make sure he has a gun and some rations, of course. Fuck the tent and sleeping bag, if he’s that hard  he can sleep out under the stars. But he’d probably shit himself.

As they say in this part of the world, he’s all teeth and trousers.

I had to laugh when I saw this blog. Hannan asks “Is right wing theatre possible”? To be honest, I always thought the theatre was full of right -wingers.  Hannan’s query has its roots in this blog by Ed West who doesn’t want to look beyond his own cultural prejudices for salient examples but decides to take a badly aimed swipe at the theatre. When I last checked, Andrew Lloyd Webber was still a member of the Conservative Party. I guess you missed him, Ed. Then there is the West End…do we have to go there? Yes, we do…Cameron MacIntosh  still dominates the West End with his crappy musicals. West End musicals ask no questions about society; they steadfastly refuse to engage with philosophy or anything vaguely political – you need to go to a fringe venue for that. One of the marks of dominant cultural production is to say nothing about lived experience but to render it into a series of meaningless representations. This is the definition of entertainment as  spectacle.

To describe much of the West End’s plays as ‘left wing’ is a little er, stupid, to be sure. However right wing art tends to celebrate war, death and destruction. To any right winger reading this, they will think of me as ‘unfair’ and ‘unreasonable’ but the Italian Futurists did just that.  Most of the Futurists were killed in WWI which is, itself, an irony when you consider that they literally ‘lived’ for war. I believe Ernest Hemingway once observed  that right wing poetry was boring. I have read some and I agree with him. The themes in right wing art tend to revolve around nationalism, ‘heroism’, and the right of might. Pretty dull stuff on the whole. There isn’t a grain of lived experience in any of it.

But West’s suggestion for a musical on the life of the very-much-alive Geert Wilders is barking to say the least (I suspect he’s being provocative for effect). Why not wait until the nasty racist is dead? Oh, of course, Wilders is  not a ‘racist’ because to make that suggestion is too ‘politically correct’ for many of our right wing friends to stomach. Radio Nederland is in no doubt about Wilder’s racism and even cites the leader of the Dutch opposition.

I get the sneaking suspicion that Hannan and West are peddling the same myths about art that their US counterparts have done with the media. Here in the UK, Hannan cannot claim that the media is controlled by a ‘liberal elite’ when much of the media is in the hands of the right. Instead he has selected theatre as an example of ‘lefty bias’.

Face it, right wing art is boring and unchallenging and to claim that it is otherwise is simply delusional.