The EU, Sovereignty, Asset-Stripping and the Hypocrisy of the Right

Now the government wants to sell off its stake in Eurostar. What’s next? Our air?

David Cameron’s just been to China with a gaggle of his party’s biggest donors. According to the Daily Fail, Lord Flashman took 131 of his cronies with him on his Chinese junket, one of whom was his father-in-law. The purpose of the visit, it seems, was to kiss Chinese arse and maybe sell off a few of Britain’s assets in the process, but the visit hasn’t gone according to plan.

According to various sources, the Chinese media told Cameron that the UK was “just an old European country” that is only fit for studying and travel. Given the cuts to higher education, I’d say that only one of those things is true. The Britain that some folk would like to see borders on a theme park complete with fairytale princesses and princes.

That’s pretty much what this country has become – a theme park – as well as a site of primitive accumulation for foreign asset-strippers. What’s the betting that part of the reason for Cameron’s visit was to offer the Chinese a few national assets?

According to Open Democracy, the selling off of the nation’s assets has severely damaged the economy. So what’s the government’s solution? Continue to sell them off.

Between 2000 and 2010, our total trade deficit was £286bn, but during the same decade the value of our net sales of portfolio assets was much larger than this – at £615bn. None of this money was spent on direct investment in plant, machinery and industrial buildings, which would have strengthened our economy. Portfolio assets are no more than titles to ownership – mostly shares – so selling these to foreign owners involved no physical investment in the UK, just loss of ownership and control on a grand scale.

What did we sell? Foreign interests bought from us an incredible range of what had previously been owned in Britain. Most of our power generating companies, our airports and ports, our water companies, many of our rail franchises and our chemical, engineering and electronic companies, our merchant banks, an iconic chocolate company – Cadbury, our heavily subsidised wind farms, a vast amount of expensive housing  and many, many other assets all disappeared into foreign ownership.

This is how Gidiot and the rest of the hole-in-the-head gang can claim the economy is “on the mend”, except in anyone else’s books, it isn’t. Here’s some more:

No other country in the world allowed this sort of thing to happen. Why did it occur in Britain? There were three main overlapping reasons. The first was an institutional change. Until 1999, when it was abolished, the Monopolies and Mergers Commission was required to consider whether take-overs satisfied a general public interest test. The organisation which replaced it after 1999, the Competition Commission, had no such remit. It was only concerned with whether acquisitions would weaken competition. This left the UK with no process for reviewing whether the wider interests of the British economy were likely to be compromised by the purchase by foreign interests of UK companies and other assets.

While it may be tempting to see this as something Nu Labour did, we should remember that the privatizations of the 1980s all happened under Thatcher. Blair and his mob continued in the same vein.

More recently the government asked the Chinese to build a new nuclear power station and they may even fund HS2.

China wants involvement in Britain’s first high-speed rail line and an increased role in civil nuclear power, the country’s premier said in Beijing after talks with David Cameron on the first day of the prime minister’s visit.

Li Keqiang said China would also like to invest in power projects.

Speaking in the Great Hall of the People on Monday, Li said: “The two sides have agreed to push for breakthroughs and progress in the co-operation between our enterprises on nuclear power and high speed rail. The Chinese side is willing to not only participate in but also purchase equities and stocks in UK power projects.”

One might imagine that the potential trade-off is to strip workers of their rights. This is why there is such a  push on the part of the Right to leave the European Union and scrap the European Convention on Human Rights (which is unrelated to the EU). Remove workers rights and further limit the power of the trade unions and what do you have? A country like China.

This morning Danny ‘Beaker’ Alexander told listeners on Radio 47’s Today programme that the government was looking to sell off Eurostar.

The Guardian has more:

• Billions of pounds of public money will be used to back the new Wylfa nuclear power station, due to be built by Japanese investors Hitachi on the Welsh island of Anglesey. The Treasury has signed an agreement that it will guarantee loans to the project in future – enabling Hitachi to get cheap finance – in a deal similar to the one offered to France’s EDF to build a nuclear plant at Hinkley Point, Somerset.

• Large insurance companies have put aside £25bn for spending on national infrastructure over the next five years, following changes in European rules pushed for by the UK that incentivise investment in a wider range of assets.

• Plans to bring in the UK’s first toll road for a decade have been scrapped. Improvements to the A14 between Cambridge and Huntingdon will be financed by the government and not by the motorists using the road, after a public outcry and David Cameron’s acknowledgment of “strong feelings” about it in East Anglia.

• Terms have been agreed on a £1bn guarantee for the London Underground’s Northern line extension to Battersea.

• An extra £50m will be allocated to redevelop the railway station at Gatwick  Airport.

Describing the £25bn investment by insurers as a “massive vote of confidence”, Alexander will say Britain’s infrastructure is being rebuilt after years of neglect.

Who’s he trying to fool?

What gets me is the way the Right will complain that Britain has ‘signed away its sovereignty to Brussels’ but says nothing about how this country’s assets have been comprehensively stripped and sold off to foreign investors. Five of Britain’s energy providers are owned by foreigners, one of which is EDF, France’s state-owned electricity provider.

The Right have demanded an in/out referendum on Britain’s membership of the EU because they claim that British people have ‘a right to decide’ the nation’s future relationship with Europe. Yet, they don’t dare propose a referendum on whether or not we want our national assets sold off to foreign countries.

Now how’s that for hypocrisy?

Comments Off on The EU, Sovereignty, Asset-Stripping and the Hypocrisy of the Right 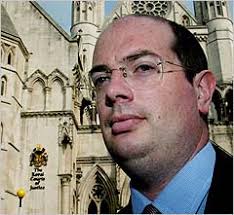 The Cat always knew Kennite was close to Emperor Windbag and now, according to this article by Hugh Muir and Adam Bienkov in today’s Guardian, he’s been offered the part-time job of – get this – cycling advisor. His qualifications? He rides a bike. So what? So do I and many others, who are probably better qualified.

Gilligan is expected to take up the post part-time while retaining his current staff position at the Daily Telegraph, but curtailing his coverage of London issues. It is understood he will be paid the normal adviser rate on a pro-rata basis. Most of the mayor’s advisers draw salaries of more than £90,000.

Gilligan won’t be giving up his job as Bozza’s Deputy Mayor for Information at the Telegraph just yet. In fact, he’s been knocking out more anti-Livingstone stories like this one.

Ken Livingstone was openly laughed at by members of Labour’s National Executive Committee today, I am told, after he urged them to readmit the extremist-linked mayor of Tower Hamlets, Lutfur Rahman, to the party and let him stand as the Labour candidate in the borough’s 2014 mayoral election.

The Telegraph is like a conduit to City Hall.

Veronica Wadley, Johnson’s former colleague at the Telegraph and editor of the Evening Standard during the 2008 campaign, has an arts and volunteering advisory role. It is said she first suggested Johnson to David Cameron as the man to win the mayoralty for the Conservatives.

Victoria Wadley too. There’s nowt like a little bit of cronyism in local government.

Here’s what Gilligoon said about his own appointment… or is that anointment?

It’s emerged today – slightly earlier than planned – that I’ve been offered a job as Boris Johnson’s cycling commissioner. It’s part-time; I’ll continue in my day job, covering national and international news for the Telegraph, though I will no longer be called London Editor or cover any matter related to City Hall or Boris Johnson.

I’m very pleased to be doing this at a time when London cycling stands on the cusp of quite ambitious change. As perhaps the foremost cycling blogger in London, Danny Williams, was kind enough to say, I have been a “big supporter” and long-term advocate of London cycling.

So, let me get this straight, he was going to keep schtum until Bozza paraded him before the cameras?

I’ve never driven a car in my life and nearly all my travel in London is by bike. I cycle about 100 miles a week in the capital, and have cycled in every borough. I understand cycling provision from a cyclist’s point of view. Just as importantly, as a fairly recent convert, cycling since 2006, I understand how you can go from being a totally unfit slob who does no exercise to becoming a daily cyclist whose life has vastly improved as a result, because I have taken that journey. I know what got me cycling, what nearly put me off cycling, and what ultimately kept me cycling because I have been through that process.

I’ve been cycling on London’s streets for 17 years. I know other people who have been cycling longer. I’m even a nationally accredited cycling instructor. Others are too. This job (it pays £90,000 a year) is Gilligoon’s reward for writing tons of anti-Livingston smear stories in the Evening Standard and later the Torygraph, for whom Bozza also writes and gets paid “chicken feed” – apparently. Did I tell you that Bozza employed Kennite at the Spectator when he was editor?

The Cat asks “When is Darius Guppy going to be brought in from the cold”? Eh, Bozza?

Kennite defends Bozza’s cronyism by offering us his, er, definition of the word, which is, as you’d expect, another attack on his favourite politician,

Cronyism, of the kind I exposed in City Hall six years ago, is when the mayor’s advisers channel vast sums of public money, for no clear purpose, to their friends, their business associates and women they secretly want to honey-glaze. I’m fairly sure I won’t be doing that. (And to anyone tempted to diss those Lee Jasper stories of mine, do remember that the only libel action to result from them was brought, successfully, by me.)

Naturally, Gilligoon sidesteps the issue of the smear stories he’s written for his chum, the current mayor, who’s done, er, nothing much since he was elected last year.

If you’re thinking about leaving a comment, then you can’t. He’s closed the comments thread.