Racism And The Bullying Of Diane Abbott 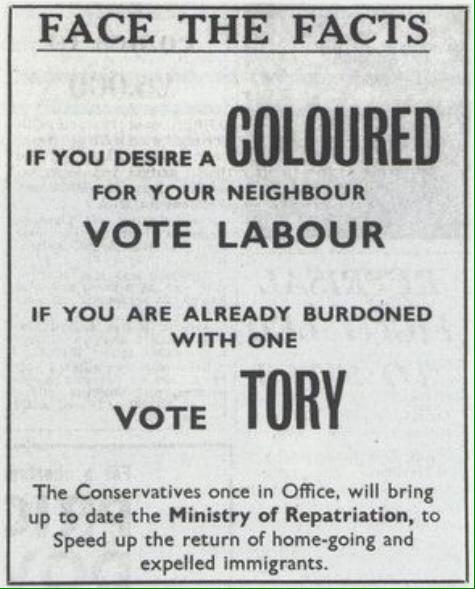 We’ve been here before.

I woke up this morning to discover that Diane Abbott had been taken ill and has withdrawn from the campaign. Her place has been taken by Lyn Brown. Furthermore, the recent attacks on Abbott, so close to polling day, can only have originated from the foetid mind of Lynton Crosby, whose reputation for dog-whistle racist campaigns is well known.

Few people, except those who have a blind spot for such things, can deny that the recent bullying of Diane Abbott has been not only disgraceful, but smacks of racism and sexism. The Cat has seen numerous people, many of them claiming to be Labour supporters, complaining about Abbott’s ‘competence’. When pressed to provide salient examples of her ‘incompetence’ the best answer these people can provide is “well, she had a car crash interview” and that is the sum total of their argument.

In all of her shadow roles from Public Health to the Home Office, Abbott has performed well. Yet few people when asked if she’s made mistakes in those roles, can’t answer the question, so they start flailing and splutter “I don’t like her”. Well, okay, that’s fair enough but once they’ve spluttered those words, they usually return to their original non-point of Abbott’s presumed incompetency.  Mention the word “racism” and they’ll get agitated. Why? Is it because they refuse to see it?  Of course, it is.

In the last week or so, we’ve heard May and her Tories say “Would you want Diane Abbott as Home Secretary”? Such a question is predicated on the knowledge of the Other. The idea that the Home Office will be run not only by a woman, but a black woman is too much to bear for our crypto-racists. Better to have a white woman or a white man in charge, eh? Where are the black faces in May’s cabinet?  There are none. There are a couple of Asian millionaires but no black people.

Diane Abbott has been attacked precisely because she is black and because she’s a woman. Boris Johnson is allowed to make as many gaffes as he likes and get away with it. He’s given plenty of latitude when he indulges in racism and his thuggish behaviour is regularly overlooked, even laughed off.  He’s a clown, so we’re told.

When you base your competency argument on a handful of gaffes rather than a person’s record, then you play the bully’s game. If you can’t see the obvious racism that underpins the bullying of Abbott and prefer to focus on her presumed incompetency, then you need to have a word with yourself.

4 responses to “Racism And The Bullying Of Diane Abbott”