Another Reason to Hate Virgin Media 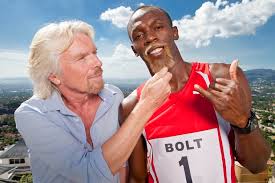 Usain Bolt should be ashamed of himself.

Not only does Virgin Media make loads of money through a variety of hidden charges (late payment charge, non- Direct Debit charge and so on), they also don’t recognize unions.

Since Virgin Media made the outrageous declaration before Christmas, the union and its reps at the company have been out all over the country, despite the snow and ice, distributing leaflets, explaining the situation and encouraging staff to join the union. CWU has also launched a special offer for new members at a discounted rate of £4.99 a month for their first year.

This has resulted in a boost in membership as staff at Virgin Media increasingly realise the benefit of an independent, democratically accountable trade union over a staff forum set up by the company.

Virgin Media bombarded its staff with company propaganda in letters, emails and website messages, at compulsory briefings with company directors and even phonecalls from managers to employees who had not yet voted. How did they know? Was this not an anonymous process? And if managers knew who had voted, did they also know which way they voted? These were some of the concerns being passed to us by employees. The company did allow us a short statement on their intranet (described as ‘very difficult to find’ by one employee). We’re told that managers are receiving a break-down of the voting results to see who got the ‘right’ result for the company. What they will do with the information is anyone’s guess.

This is the modus operandi of a union-busting company. They disseminate anti-union propaganda among the workforce and coerce them into accepting inferior pay and working conditions through a combination of lies, smears, bullying and intimidation.  They even held a referendum… it was rigged.

For years, Richard Branson has cultivated a media image as a cuddly capitalist who looks after his workers.  But capitalists rarely care for their workers and Branson, who throws a strop when people refuse to bend over for him, has been employing union-busters for years.

Here’s Branson pleading with workers to throw away their rights. Note the easy smarm. Note the oily charm.

This article from The Daily Mirror shows just how ruthless and grasping Virgin Media is.

A broadband bill has gone viral online after a man was charged an extra £10 – for being DEAD.

Furious Jim Boyden posted a photograph of his late father-in-law’s Virgin Media bill on Facebook after the company added a fine for late payment.

The image was accompanied by a message to Virgin which apologised for his father-in-law having “the unheard of nerve to be dead and therefore being unable to pay you.”

The picture, posted on Monday, has now been shared by more than 84,000 times.

The bill breakdown shows “D.D Denied-Payer deceased” next to a charge of £63.89, referring to the fact that the dead man’s bank had declined the payment.

As a result, Virgin Media added a “late payment charge” of £10 to the bill.

This blog from Nicholas Shaxson tells us that Virgin Enterprises, the company that sells the Virgin brand to other companies, so they can pose as fully-fledged Virgin companies, moved its operations from London to Geneva.

How important is this kind of abusive tax practice to the Virgin empire? Well, it’s hard to know exactly, but in 2002 Branson was quoted in this way:

“Virgin’s offshore status has been crucial to its development: it allowed money to move from business to business without massive tax liabilities. “If we had not done it the way that we did, Virgin would be half the size that it is today,” argues Branson.”

So overall the rich get richer, the poor get poorer markets get distorted, and there is no net benefit to the world of any kind. Quite the opposite.

People like Branson get awards all the time. No doubt he’s a good businessman in some ways. But this stuff counts as a serious, serious black mark against his name, during these times of national strife.

What is interesting about this is the comments under the Telegraph story – readers are generally a right-wing bunch, but most of the ones, at least at the top, are unremittingly hostile to Branson’s move. Perhaps that comes more from feelings of patriotism than anything else, but still, it’s interesting.

Even if they’ve relocated to Geneva, isn’t it time Virgin’s offices were occupied?

One response to “Another Reason to Hate Virgin Media”