What does “of Muslim appearance” mean? The BBC’s Nick Robinson thought he knew when he told us that the Woolwich attackers were of “Muslim appearance”. Apparently, this is what “Whitehall sources” had told him. This was also before Lee Rigby’s murderers’ details had been verified (the name of the victim had also to be verified). That’s what I’d call “irresponsible journalism”.

In 2007, Brazilian electrician, Jean Charles de Menezes was shot dead by officers from SO15, the Met’s anti-terrorism branch while boarding a train at Stockwell station.  The cops were under the misapprehension that de Menezes was “of Muslim appearance”. They based their judgement solely on the fact that he had tanned skin.

In the aftermath of the shooting of Jean Charles, I was afraid to go on the Tube. Why? Because someone could have mistaken me for a Muslim ‘terrorist’. I carry a rucksack. I have dark skin. For some people, that’s enough.

So what is a Muslim supposed to look like?

Here’s a picture of a Muslim. 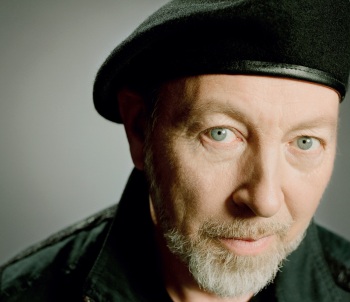 The word “Muslim” for the racist thugs of the English Defence League is shorthand for “someone who has dark skin”.

On the left is comedian Dave Chappelle. He’s a Muslim too. He’s very funny.

Remind me again, what is a Muslim supposed to look like?

Do you have to catch them at Friday prayers to identify them?

Even then, you’d have a hard time because, you see, they come in all different shapes, sizes and colours.

This is probably the world’s most famous Muslim. He’s Muhammad Ali (right). He floated like a butterfly and stung like a bee.

When he changed his name from Cassius Clay to Muhammad Ali, there were people who refused to call him by his newly adopted name.

This is Riz Lateef, she  anchors BBC London’s evening news.

Still think you know what a Muslim looks like?

Here’s Marmaduke Pickthall, he translated the Qu’ran into English. His skin is the same colour as that of the EDL thugs who hate Muslims.

Here’s another. This is Jeffrey Lang, he’s a Professor of Mathematics at the University of Kansas.

So what does “Of Muslim appearance” mean? Nothing. Nothing at all.

3 responses to “Of Muslim appearance…”