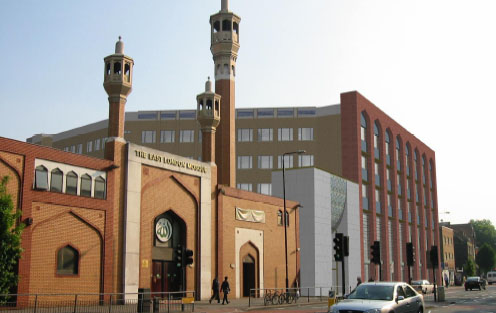 Kennite was forced to announce on his Telegraph blog that he was about to be hired as Bozza’s cycling “tsar”. For this role, he will be paid £38,000 for 2 days work. A nice little earner. On that blog, he told us the following,

It’s part-time; I’ll continue in my day job, covering national and international news for the Telegraph, though I will no longer be called London Editor or cover any matter related to City Hall or Boris Johnson.

He will no longer be called “London Editor”. These are weasel words. He will still comment on London matters, particularly those that relate to Tower Hamlets, Lutfur Rahman and Ken Livingstone. In a second blog about his new appointment, he said,

There was inevitably a second group of reactions. A small number of people who could fairly be described as partisan, such as Labour’s Len Duvall and the Ken Livingstone blogger Sunny Hundal, have damned itas “cronyist.” But as Mayorwatch’s Martin Hoscik – another man who could never be described as a patsy for the mayor – points out, all mayors are entitled to appoint political supporters to political jobs, and do so routinely without controversy. Nobody would or should call, say, the Labour assembly member Val Shawcross a crony because Boris’s predecessor appointed her as chair of the fire authority.

Such dishonesty. But notice how he gets in another dig at his favourite bogeyman, Ken Livingstone. He just can’t help himself.

In yesterday’s blog, Kennite attacked East London Mosque, which he has described, in the past, as a hotbed of extremism (or words to that effect).

I was offered the “Muslim patrol” story in Tower Hamlets, where self-proclaimed “Muslim vigilantes” filmed themselves verbally abusing and intimidating a gay man. Perhaps wrongly, I didn’t use it because I wasn’t sure whether a few kids on YouTube had national importance. I am glad, however, that the local police appear to be taking it seriously for once – in contrast to their lamentable attempts to ignore, downplay and cover up previous acts of “Islamic enforcement” and bigotry in the East End.

Really? The police “covered up”, “ignored” and downplayed “Islamic enforcement in the “East End”? The East End is a big place, by the way. But you know where this is leading, don’t you? Oh yes, it’s another smear job on the East London Mosque.

One Tower Hamlets organisation of undoubted national importance that continues to laugh up its sleeve at us is the East London Mosque, the capital’s largest. The mosque’s PR machine lost no time cranking out a statement condemning the “vigilantes” and claiming that the mosque was “committed to building co-operation and harmony between all communities in this borough. The actions of this tiny minority have no place in our faith.” This claim has been trustingly repeated by various journalists in the coverage this week. But, as the most cursory investigation would show, it is a brazen lie.

The only reason why Kennite doubts the ELM’s statement is because it’s been issued by a mosque, which by definition means they’re also Muslim. There is no other reason.

Then, in the next paragraph, Kennite gets into a bit of a tangle.

There is no evidence that the East London Mosque is directly involved in the latest attacks. But at least one activist in the Islamic Forum of Europe, the Islamic supremacist group that runs the mosque, has previously threatened and intimidated people for violating “Islamic norms,” using the IFE’s name.

Notice how he mentions the Islamic Forum for Europe, whom he accuses of threatening and intimidating behaviour and draws a lazy link between the self-styled vigilantes, the ELM and IFE. I’m only surprised he hasn’t mentioned al-Qaeda.  The English Defence League also have a penchant for intimidation. They also make the same noises about the ELM and the IFE. Coincidence?

He continues his rant,

And as this blog has repeatedly documented, the mosque itself and its annexe, the London Muslim Centre, host a constant stream of viciously homophobic and other hate preachers. In June 2011, after coming under particular pressure on the subject, the mosque promised: “Any speaker who is believed to have said something homophobic will not be allowed to use our premises.”

And certain members of UKIP have made “viciously homophobic” statements. But they’re mostly white and possibly Christian, so they don’t count. Eh, Kennite?

At the end of the blog, we find this,

Hat-tip to Harry’s Place for the adverts and one of the videos.

Ah, Harry’s Place, that fount of tolerance and understanding. Reading the blogs on that site is a little like splashing your eyes with nitric acid.

So, while Kennite has apparently surrendered his role as the Torygraph’s London Editor, he will continue to churn out smear jobs about Rahman, Livingstone and anyone who defends them or challenges his narrative. It’s business as usual.