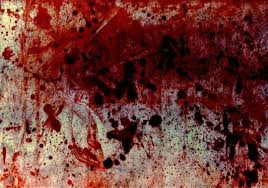 Yesterday, as I was looking at my Twitter timeline, I saw this tweet from H&F Council’s propaganda department,

So I followed the link to this article on the Council’s website. I will quote the first two paragraphs,

A judge has thrown out a legal challenge that threatened £1billion worth of community benefits to North Fulham and Earls Court, describing it as ‘absurd’.

West Kensington Estate resident Harold Greatwood, applied to court to launch a judicial review of Hammersmith & Fulham (H&F) Council’s decision to enter into a Conditional Land Sale Agreement with EC Properties to include the West Kensington and Gibbs Green estates in the wider regeneration of Earls Court.

Gloating? You ain’t seen nothing yet!

Justice? Justice only exists for those who can afford to pay for it. As for justice being “blind”, that’s another myth. Judges are ideological too. I suspect the Council has a dedicated legal team whose job is to deal with this and other property and land deals.

This isn’t riding roughshod over the majority of the tenant’s wishes, it’s getting into a steamroller, putting a brick onto the accelerator pedal and running over the tenants again and again. I clicked on the link.

Cllr Nicholas Botterill, Leader of H&F Council, said: “We believe that the residents living on the estates have negotiated the best deal of any regeneration scheme in the country. They will only have to move when their new home is ready to be occupied. That new home will be the same area as they are already living in. People will be compensated and we will keep support groups and neighbours together.

Whoa! Hang on! Botterill says, “The residents living on the estates have negotiated the best deal of any regeneration scheme in the country”. Which “residents” are these? Not the residents who oppose this development and he can only mean the astroturf group of residents that was set up by the Council to give the impression of a consensus for the redevelopment project. It’s an old PR con trick that Edward Bernays would have admired.

“Residents, their current and future children will be living in an even better, safer neighbourhood environment with access to new leisure and community facilities. Most of all local people will benefit from the thousands of new job opportunities that will be created”.

“Local people”, says Botterill. Most of those “local people” will be forced out of their homes to make way for the affluent and those who will take, at face value, the words of the developer and the vendors who will sell shoebox properties that have a luxury price tag on them.

At the end of the article, which was quite possibly written by the Council’s propaganda minister, Harry Phibbs, it asks,

The Secretary of State, the immensely rotund Eric Pickles, is already on board and so is Emperor Bozza. It looks like a done deal… or is it? The Council, in its arrogance, believes that it can do no wrong. We’ll see.

The former Council Leader, Stephen Greenhalgh, is facing a criminal investigation over the alleged “VIP list” where tenants who signed up to support the redevelopment were promised preferential treatment. If this investigation goes ahead, I expect other councillors and council officials to face charges. For all the Council’s gloating, the VIP list could come back to bite them. The Council and Greenhalgh deny any wrongdoing.

Funnily enough, when I click on any link on the pages I’ve linked to, I get the following message,

http://www.lbhf.gov.uk is unavailable or may not exist.