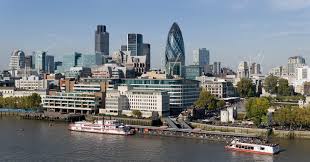 The Cittie of London: paradise on earth if you’re a crook

How many times have we heard right-wing economists, supported by our neoliberal  government, claim that if the financial services sector is subjected to tighter regulation, then those institutions will simply move overseas? Too many to mention. It’s a form of emotional blackmail that our politicians love to use, but it also shows how hopelessly dependent the major parties are on the nothingness of the financial sector for the quarterly GDP figures. The Tories and Lib Dems (and Nu Labour types) will tell us that there is no choice, we must remain yoked to the parasites of the Cittie for our own good. This is because the two parties (and Nu Labour/Progress) are busy swapping saliva with bankers and hedge fund managers, who they believe are more deserving of their attention than the voters. In their eyes, there are none so important or so wise as those who have been awarded the title of “wealth-creator”, even though the “wealth” they create is funnelled overseas into secret accounts.

The New York Times has a story about another trader being wanted in connection with fraud charges.

A former Credit Suisse executive wanted in the U.S. on fraud charges linked to distorting the value of mortgage securities during the financial crisis has been arrested in Britain, authorities said Thursday.

It would seem that the temptation to defraud and embezzle is far too great for some money men to resist and the impression that I get is that Britain is particularly prone to this sort of thing, because light touch regulation makes it easy to swindle banks and deceive others. Yet one is also left with the question, “How many more are there”?

U.S. Federal prosecutors have alleged that Kareem Serageldin conspired with two of his employees to hide the deteriorating condition of the U.S. housing market in 2007 in order to keep the value of bonds based on subprime mortgages artificially high, thereby fattening their bonuses.

He was slated to receive more than $7 million in compensation in 2007 before the company learned about the alleged fraud and withheld $5.2 million of his pay. The fraud, which prosecutors described earlier this year as “a tale of greed run amok,” was blamed as responsible for a portion of the $2.65 billion write-down Credit Suisse announced in March 2008.

But it says an awful lot about the nature of light touch regulation in this country, when it is Wall Street, of all places, that’s leading the investigations into London’s rogue traders. You sort of get the feeling that it’s one of those horrible family secrets that everyone knows about but you.

Deborah Hargreaves writing in The Guardian in August said,

But we all know where light-touch regulation has ended up: about £2tn ($3.13tn) sunk into supporting the banks and the return, for the UK, to the depths of a double-dip recession. So you can’t blame New York regulators for spotting an opportunity of their own. Brussels is doing the same.

Our banks have hardly helped themselves. Barclays admitted manipulating a leading benchmark interest rate for years – first, for its own gain, and then, to convince regulators it was healthier than it looked.HSBC turns out to have been accepting truckloads of dollars from money launderers with no questions asked.

Yet I stopped in my tracks this week when the accusations against Standard Chartered were made. The bank is a byword for respectability. It came through the financial crisis largely unscathed. Its former chairman moved on to the House of Lords, where he currently champions getting more women onto company boards. Its current head only recently said the bank’s business was so boring it was unlikely to come to the attention of regulators.

Even the most august of British financial institutions is now in the spotlight. The entire Cittie is rotten and The Cat wonders which bank is going to be next.

There is a powerful argument for the reinstatement of transportation to a remote island for these crooks. Say, North Rona?

One response to “Ye Olde Cittie of London: a swindler’s paradise”