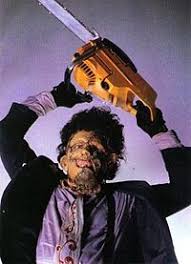 I've come for yer books! Where are they?

I wrote in this blog about how the once proud Hammersmith Library has had its reference section sliced from its body. Since then, I have received information about the fate of the rest of the borough’s libraries. Contrary to what the Tories tell us, there have been library closures but that’s not all. In a part of London where green spaces are few and far between, the few parks that exists in the borough are being privatized (the neighbouring borough of Kensington & Chelsea has already done this). We have already had stories about how people who train or coach others in the parks are to be charged. Within days of taking power, the Tories announced that they would introduce regular polo matches to Hurlingham Park, most of which belongs to a private concern.  Polo does not have popular appeal and by “popular”, I mean “of the people”. It is a sport that is played by royalty, the well-to-do and their hangers-on. By introducing polo to Hurlingham Park, the Tories were signalling their intention to engage in a class war against those people who did not own their own homes and were paid less than £100,000 per annum. This was a sign; a sign that only those who can afford their own personal libraries, should be the ones with access to books. Everyone else would just have to lump it.

Some libraries, like Wormholt, have laready been closed and sold off to the ARK academy, which is owned by Tory donor and former party treasurer, Lord Fink.  Others like Sands End and Baron’s Court have been redesignated as “multi-purpose” buildings in which the range of books has been dramatically reduced.  Many books, including the impressive reference collection that was once housed at Hammersmith Library, have either been moved to Fulham or Westminster, while others have simply been sold off or thrown away. Yes, these philistines are more than happy to throw away books.

The new Shepherds Bush Library is pretty much lacking in books and resembles, as one person put it, “a Jobcentre without jobs”. Rather revealingly, the new library also boasts a Ben and Jerry ice cream machine. While that may seem like a nice touch (Hammersmith Library has a Walls Ice Cream machine), Ben and Jerry is owned by Unilever, whose CEO chairs Andrew Lansley’s Public Health Commission. Yes, the CEO of a company that produces fatty foods, is in charge of a health commission. You couldn’t make this stuff up. Besides, food does not belong in a library.

On top of all of this, I am told that the council has stopped employing qualified librarians and the Dewey Decimal system has been abolished. So if you need some information on the location of a book, then you won’t get it from the people behind the counter, who are only there to serve and process. Indeed the council intends to introduce self check-out machines, which will obviate the need for humans.

Here’s what the Tory group’s website has to say,

Library users are now being asked for their thoughts on what improvements should be carried out. In addition to making more space available for public use and buying new books, the council is keen to hear what users think about:

You can view their consultation questionnaire here. I have had a quick look at it and it seems to me that the questions are somewhat skewed towards the Tories’ desired outcome. I noticed that the option “Better choice of books” appears at Q.4  and at Q.10,  it is rephrased as “Good range of stock”.  Nowhere Towers has also noticed Q.11 which asks “What would you like us to consider as part of the refurbishment”?   The options given are “cafe/restaurant facility” and “meeting room hire”. Be in no doubt that, while the Tories can’t sell off Hammersmith Central Library (there is a convenant on the building), they are doing all they can to diminish its role as a library and convert it into an Internet cafe.

Why we are consulting

The council will be revamping Hammersmith Library as it continues to roll out the “More than a library!” brand and to preserve the original features of this beautiful building.

Dating from 1905, Hammersmith Library is a Grade II listed building which has seen minor changes to the internal layout in the 1950s and early 1990s. Since the 1990s, no major redecoration, replacement of floor coverings or updating of shelving has taken place.

Major works are required to the roof, the leaded windows, the heating and electrical systems in order to meet current standards, environmental concerns and the needs of a 21st century library service.

The council hopes to improve access to all areas of the library, restore and enhance original features, make more space available for public use and provide new library stock.

“New library stock”, sounds a deliberately vague. It doesn’t necessarily indicate that they will be buying new books either. “New stock” could mean anything. Indeed, as I have already indicated, the reference books have been sent to Westminster and Fulham, the latter of which is the local Tories’ power base.

When I was younger, I spent a great deal of my spare time in public libraries. The way things are going in this borough and elsewhere, younger generations will have no libraries to go to. I once read a comment left on Torygraph blogs by a rabid right-winger who claimed that “if you can’t afford books, why should we (the rich) pay for them”? I get the feeling this person didn’t pay much attention to 19th century history, because if he did, he would know that many of the country’s libraries were created by bequests from wealthy benefactors like Sir Henry Tate and Andrew  Carnegie.