Nightmare on King Street (Part 2) : a round up of recent events 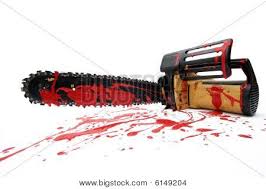 HF Conwatch reveals that public services slashing Hammersmith & Fulham Council has been accused of tax-dodging There is an update here.

The Guardian, Private Eye and The Financial Times all report that the Council for the Rich has been employing executives as consultants through private companies to avoid paying tax. Unfortunately for the Council these shenanigans may well lead to Her Majesty’s Revenue and Customs taking a closer look at their accounts.

I seemed to have missed this Guardian interview with the Dear Leader when it was first printed.  Greeno, who is stepping down as Council Leader, is going to guide the White City Redevelopment from the backbenches. He tells us that he will be an “unpaid champion for White City”. Nowhere Towers finds this whole thing a little curious.  While we understand that he is the owner of Biba Medical and draws a not-too-insubstantial salary from it,  it is odd that he would do this sort of thing for the ‘love of it’. Tories, especially the current crop of laissez-faire cultists, don’t have an altruistic bone in their bodies. For them, altruism is a dirty word.

Greenhalgh also defended himself from accusations that he was socially cleansing the borough,

“I’m the son of a refugee, I’m the son of someone brought up by their single mother, not in public housing but as sub-tenant with all of the insecurity that involves, [… ] I understand poverty because my family came from very humble origins”.

At the end of the article we learn that he went to St. Paul’s School, which charges £6,275 for day pupils and £9,297 for boarders,  which is well outside the reach of those on fixed incomes or, indeed, those from “humble origins”. Unless he’s trying to tell us that he went there under the assisted places scheme? He also went to Trinity College, Cambridge. An ex-girlfriend of mine went there at the same time as Greeno. I wonder if their paths ever crossed?

Not that any of this really matters, what truly matters is the way in which the Dear Leader and his fellow Tories are smashing up communities and cutting services.

“You have to have the safety net,” he says, insisting that councils will not abandon vulnerable people, but may “change the rules of engagement”. He says: “They might say, ‘We’re about opportunity, we’re not about dependency’.”

I beg to differ. Nowhere Towers understands that the borough’s social housing tenants run a higher risk of being evicted than in many other areas. There are also numerous tales of how vulnerable people have been turned away from the Town Hall.  In 2010 a heavily pregnant woman was forced to sleep on park benches because the council refused to provide assistance.  Last year, the numbers of homeless people in the borough rose by 92%.  This lack of concern for those who aren’t in receipt of 6-figure salaries has earned  Hammersmith & Fulham the dubious distinction of appearing in Private Eye’s “Rotten Boroughs” a record number of times.

Greenhalgh has also recently been appointed the government’s Housing Champion. I kid you not.

Mr Greenhalgh, who is stepping down as council leader later this year, has been asked to carry out a review of housing regulations in support of the Government’s Housing Strategy published in November last year alongside Simon Randall, a solicitor specialising in social housing.

Key areas highlighted in the strategy included improving environmental standards, building more affordable housing, security of tenure, legal protection for tenants and leaseholders, and support for the elderly, vulnerable households and those on low incomes.

But this job isn’t necessarily about housing as this revealing article from Build.co.uk tells us. Here he is not a “Housing Champion” he’s a “Construction Champion”. And yes, there is a difference.

Last night the Council voted through another public services slashing budget, while reducing the rate of Council Tax by 3.75%. Sounds attractive doesn’t it? The local council cuts tax to ‘put more money in your pocket’… it makes great copy… except the reality is altogether different. Residents in the borough can expect to pay more in parking and other charges. While most boroughs offer free Internet in its libraries, for example, this council charges £0.50 for every half hour after the first free half hour. The rich won’t feel a thing because they don’t use public services. Those on benefits and low to middle incomes will find that the reduction in Council Tax will hit them hard.