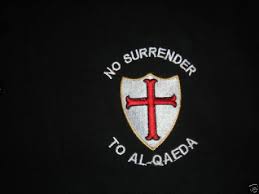 I had to laugh at Gilligoon’s blog in yesterday’s Torygraph. It was the usual Islamophobic rot but, for some strange reason, he’d filed it under “Health and Lifestyle”. What was he thinking? The title recycles the by now familiar theme; Lutfur Rahman and something/somebody/some place/some group.  In this blog, which seems to go everywhere and nowhere at the same time he gets bitchy about Dr. Robert Lambert, a former Met police officer, whom Silly Gilly claims in Friday’s blog that he  “has turned himself into one of Britain’s most important fellow-travellers of Islamism”.  He offers no proof for this; it’s just another smear. The clue is in the phrase “fellow traveller”. J. Edgar Hoover, the reactionary head of the FBI defined fellow travellers as

If we look at the last point, anyone who – in the eyes of Gilly at least – speaks out against Islamophobia or Muslim-baiting is a “fellow traveller”. Well ,that was easy. Anyone can join the dots. It’s that simple. I clicked on the link for the Islamophobia report that Gilligoon posted and was  surprised to find myself at Harry’s Place. Dr Lambert is an academic yet Gilligoon feels the need to attack the report without understanding the research.  He says of Lambert that he is “generously funded by various Islamist groups and specialising in pseudo-scholarly defences of his clients”.  Another evidence-free assertion from Gilly and he’s supposed to be a journalist! If Gilligan had to submit himself to academic rigours, he’d fail miserably.

The argument of my nameless critic is that I and my witnesses have got it all wrong. Lutfur Rahman, the council leader (now mayor) in Tower Hamlets, wasn’t dumped by Labour because of his close links with the IFE. It was instead, apparently, because the “white New Labour elite” wanted to “systematically marginalise” the Bangladeshi community; and because Lutfur’s “brand of left-wing populism represented a direct threat to the established hierarchy within Tower Hamlets Labour Party.”

Well, according to the evidence that I’ve seen from Labour’s NEC selection panel, I’d say that was true. Anyway, didn’t Gilligan once make some comment about the “white establishment” in one of his blogs? You just can’t get any consistency these days.

Gilligan drags in Ted Joery to help him out,

As Ted Jeory, former deputy editor of the local newspaper, points out, this is a blatant rewriting of history. Jeory covered the council closely and often saw Lutfur in action. Rahman was in fact, he says, “one of Labour’s main ringleaders against Respect’s populist Left-wing policies and motions in the council chamber.” As for the charge of racism by the “New Labour elite,” Lutfur’s principal opponent, Helal Abbas, is himself a Bangladeshi.

So what about Helal Abbas? It could be argued that he was an NEC patsy. Again this is based on the leaked documents that I received back in September.

Gilly excels himself here by saying,

Almost as stupid is the claim, earlier in the report, that the Dispatches investigation prompted an upsurge of “intimidation” in Tower Hamlets by the English Defence League. What actually happened is that fifteen members of the EDL paid a visit to a local pub, and an even smaller number subsequently came back to the same pub.

It seems to me that he’s selectivized the events here. There is plenty of footage on YouTube which shows EDL thugs, many of whom are associated with the BNP or NF, descending upon Whitechapel in droves. He isolates the 15 who were drinking outside he Grave Maurice pub on 15 June 2010. I don’t often agree with the Whitechapel Anarchists Group but they’ve got it spot on here.

By coming here the EDL have once again shown that they are out to provoke, not to stop the spread of religious extremism but to fan the flames of division through their own rowdy behaviour, well let tonight be a lesson for you. If you come to Whitechapel or Tower Hamlets it’s not the UAF who are going to be out to wave placards at you. And before all you EDL start frothing at the mouth and commenting on here about being attacked for wearing England shirts let it be known that most of the lads round here, like a lot of the Muslim locals, have St. George Crosses flying from their motors in the spirit of the world cup. So you might not see them coming…

What Gilligan repeatedly fails to do is spend time on the streets of Whitechapel. Instead he opts for the lazy, sit-at-home approach. There’s an old saying that goes “If the mountain won’t come to Mohammed, then Mohammed must go to the mountain”.

One thing that I have accused Gilligan of in the past is the way he allows racists and Islamophobes (who are quite possibly anti-Semitic as well) to comment without any form of moderation. The Telegraph seems happy to permit such views and will stamp out anything that does not conform to the tone set by Gilligan. While other Telegraph bloggers will occasionally respond to comments, Gilligan does not.

Here’s one comment that has been ignored by Gilligan and the paper,

Here’s an snip from the ever-present danoconnor

Well, I’m not a card carrying member myself but as the EU political caste , the media, the educational system, the quangocracy and liberal intelligencia have been fully complicit in the muslimization/Islamization, colonisation of Europe—-it has been left to the rough and ready British white working class and other European anti-Muslimization engineering compatriots , who have been the primary victims of this massive grotesque betrayal to break through the wall of censorship conspiracy of silence by having the cheek and the– ” just who the devil do you think you are ” –leaf out of the Left-Wing radical activist book and yes..

As far as I know, the EDL don’t actually have membership as such; they’re happy to take any bonehead and will sell them all manner of casual tat to wear. I’ve just had a look at the EDL website and nowhere have I seen a page that invites people to join.  However looking down the list of links I can see that there’s one for our old friend “trencherbone”  and another to Pat Condell’s YouTube channel. It appears that Pat(whom I met many years ago) has been misappropriated by the EDL. In a video clip that I have just seen he talks of “European culture” and the “multi-cultural nightmare”. The EDL has used this a a sort of vindication to their sole antipathy towards Islam. Religion sucks, full stop.  I suspect that the boneheads have missed the fact that Pat is an atheist as this clip males clear,
By the way, I have not linked to the EDL or any of their affiliates. I don’t want boneheads on this blog hurling abuse and causing trouble. If you want to find out what they’re doing, just enter the letters “EDL” into your search engine and you’ll find loads of stuff on them. I once got a pingback from The British Nationalist website. I deleted it straightaway. I only wish I could do the same thing with Gilligan and the EDL.

One response to “Life on Gilligan’s Island (Part 21)”